One of Naxos’s two main marble quarrying areas in antiquity is located in the greater Flerio area (the other is in the area of Apollonas).

The locale is replete with remnants of quarrying activity (wedge-slots, rectangular wedge holes, series of small circular holes made with chisel, abounding marble rubble) but the main attraction is the two oversized but incomplete freestanding stone figures of unclothed young men (Kouroi), dating to the early 6th century BC.

In antiquity works of such size would initially undergo rough processing at the quarry –to prevent damage of the finished surface during transportation- and be completed at their destination.

In both cases of the Kouroi of Naxos accidents evidently occurred during their transportation from the slopes of the quarry down to the stream because limbs of the statues were broken (the legs of the Kouros at Faraggi and the right foot of the Kouros at Flerio), causing them to be abandoned.

The failed projects paint a vivid picture of the difficulties and duress suffered by the quarriers of the day, who sought consolation and spiritual support in Otus and Ephialtes –the giant twin deities worshiped at the nearby sanctuary of Flerio springs. 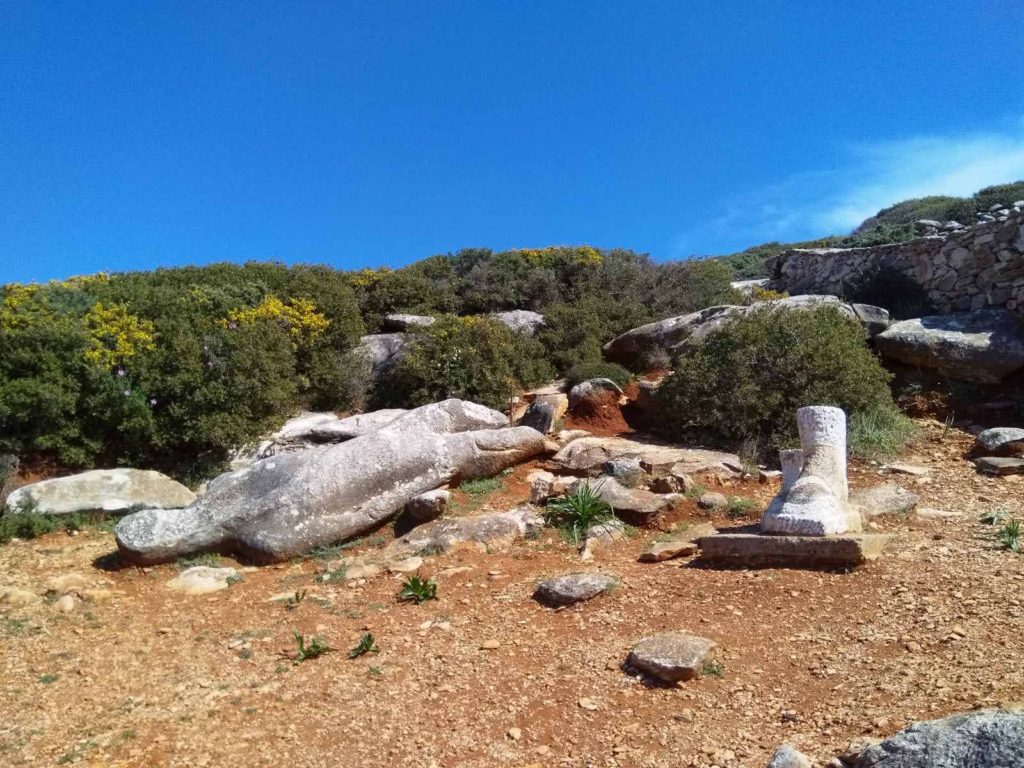 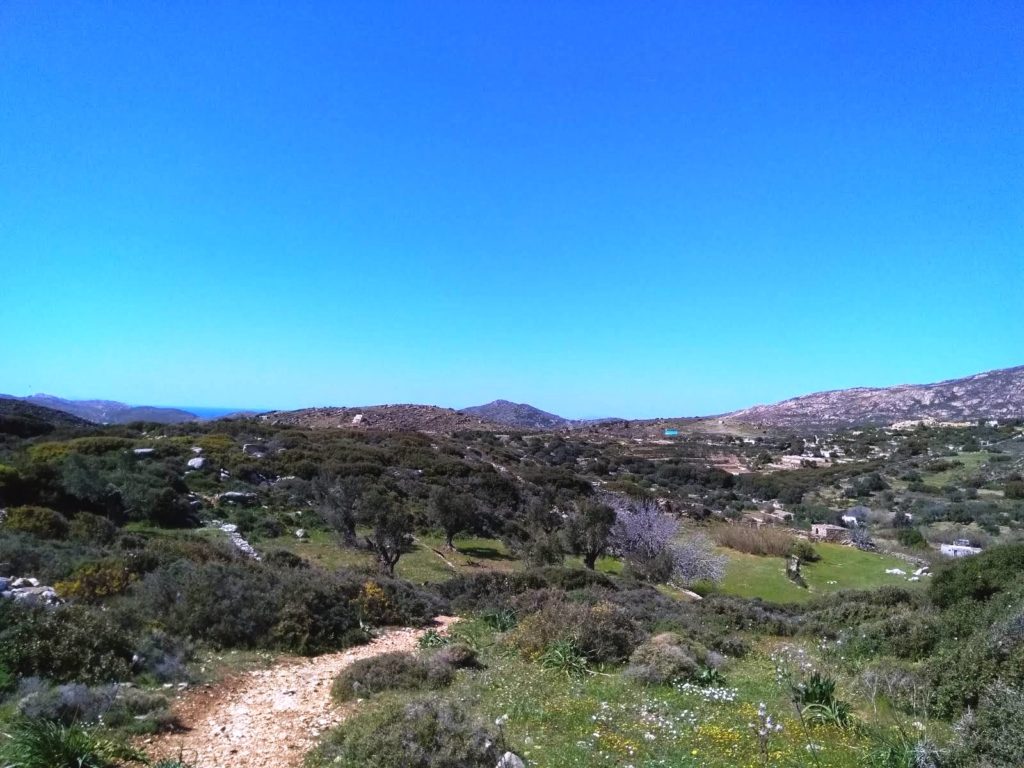 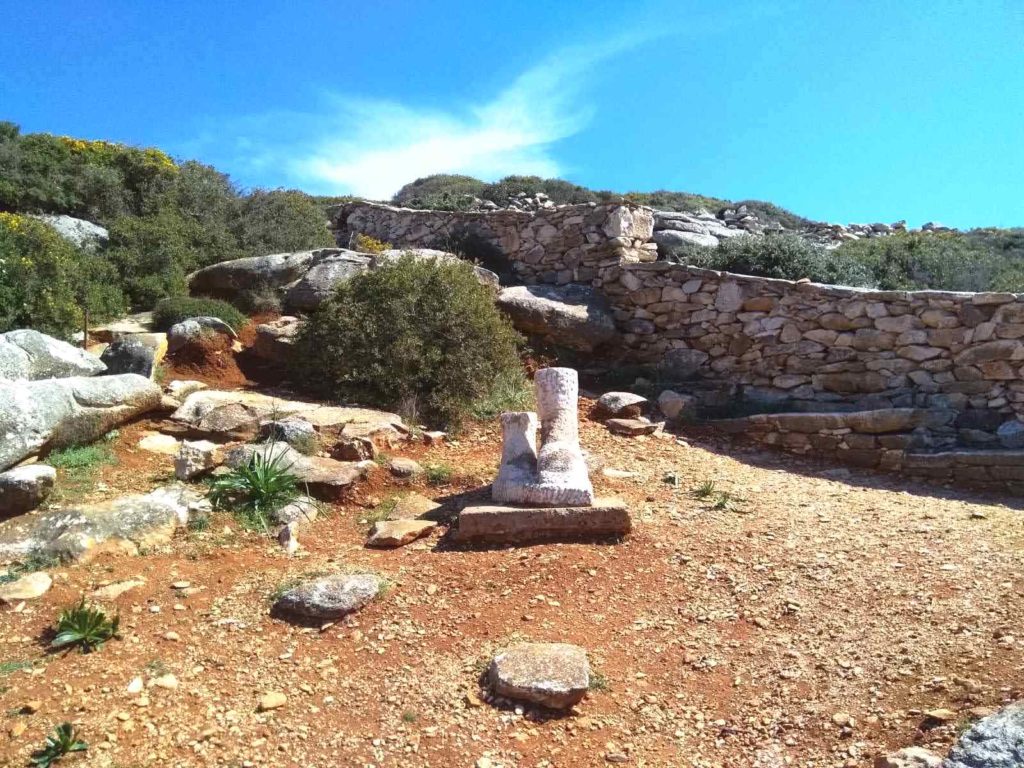